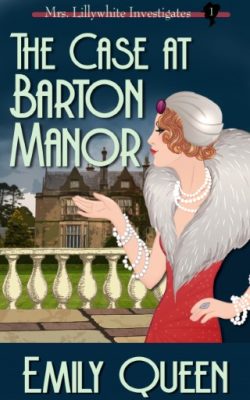 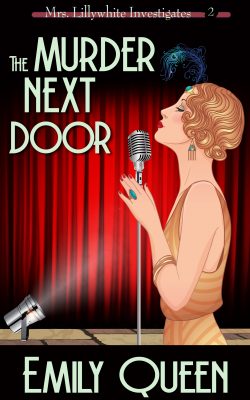 The Murder Next Door – Book 2 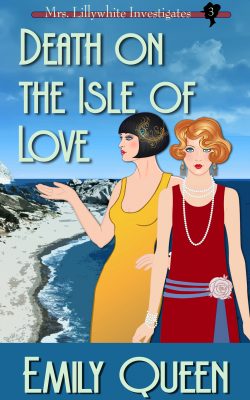 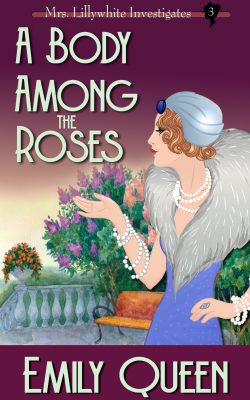 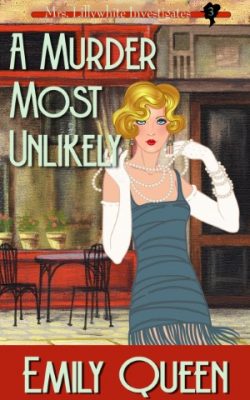 A Murder Most Unlikely – Book 5 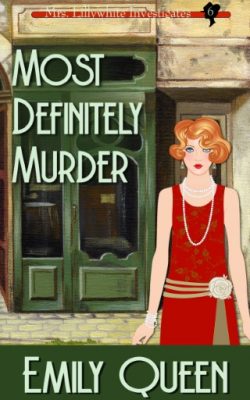 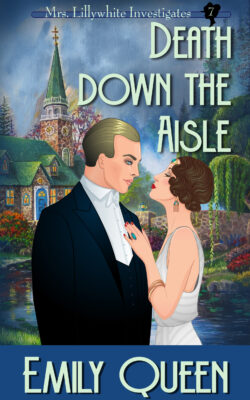 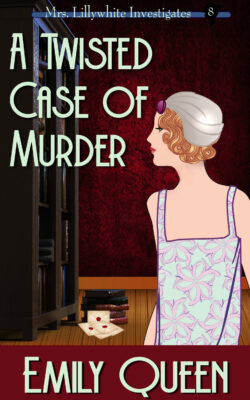 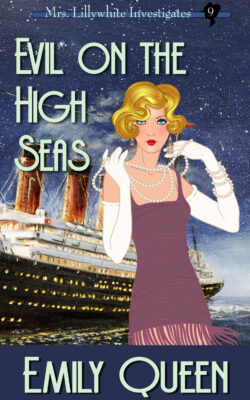 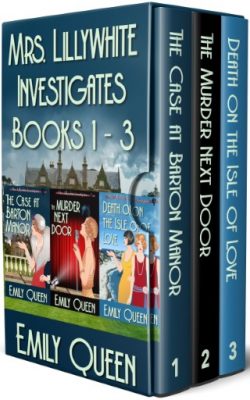 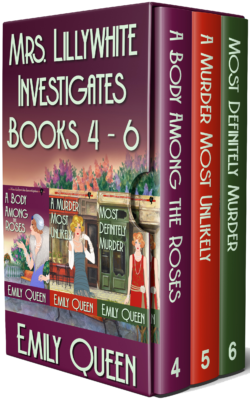 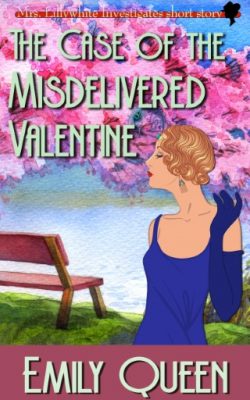 The Case of the Misdelivered Valentine

As Grace recounts her tale of intrigue, Rosemary discovers a shared connection with the woman that has her accepting an invitation she can’t refuse. With bright young thing, Vera Blackburn, by her side Rosemary trades her widow weeds for a party dress and heads to a fancy do at Barton Manor where the drinks flow freely, but there’s an undercurrent of unease.

The night ends in a murder for which Rosemary’s brother is the prime suspect. What’s worse, the handsome chief inspector on the case is a man Rosemary knows well. He was her husband’s best mate, and he takes a dim view of lady detectives. Or maybe just of Rosemary becoming one.

The Murder Next Door – Book 2

Nobody needs a holiday as much as Rosemary Lillywhite. She’s just solved a grisly murder, nearly getting herself killed in the process, and it’s been less than a year since the death of her private investigator husband.

Romantic feelings for CID detective Max Whittington—feelings she’s not yet ready to deal with—make the prospect of escaping to the beaches of Cyprus even more appealing. So when, before she’s finished packing her case, another killer strikes—this one even closer to home than the last—Rosemary has to decide which will win out: her desire to get away for some much deserved relaxation, or her visceral need to see justice properly served.

Sun and sand will have to wait as this lady detective takes the case of the murder next door.

At long last, lady detective Rosemary Lillywhite and her best friend Vera are on their way to a much-needed holiday in sunny Cyprus—and they’re not traveling alone. Rosemary’s impish brother, Frederick, on sabbatical from work at their father’s company, has decided a little sun and sand is exactly what he needs.

With his longtime chum Desmond Cooper—also Rosemary’s childhood crush—in tow, the foursome can’t wait to relax and shrug off the lingering stain of a murder investigation. Unfortunately for Rosemary, death seems to follow her wherever she goes—even as far as the Isle of Love.

Will she finally open her heart to a man other than her late husband, and if she does, which one will she choose—Desmond, or handsome CID detective Max Whittington?

Then her mother, Evelyn, calls and pleads with her to help put on a country garden fête, and Rosemary begrudgingly agrees, never imagining that another murder investigation awaits her in the sleepy country village of Pardington. Or, that Evelyn has invited one of her suitors to the party!

When a body is found among the rose bushes, Rosemary must bail her mother out of a jam—all while trying to juggle several men, the budding relationship between her brother and her best friend, and Evelyn’s imminent nervous breakdown.

A Murder Most Unlikely – Book 5

Rosemary Lillywhite is over the moon about her budding romance with handsome Detective Inspector Max Whittington, and she can hardly wait for their first official date.

When she’s invited to an art exhibition opening, Rosemary thinks a night out on the town in London will be just the ticket.

What she doesn’t expect is to run into one of Max’s old flames, or to get caught up in another murder investigation.

Will that old fire be rekindled, or will sparks fly between Rosemary and Max?

This time, there’s no doubt about it: somebody is dead, and Rosemary Lillywhite is on the case.

With a mass murderer on the loose in London, Vera and Frederick planning a rushed elopement, and the perfect wedding gown just out of reach, Rosemary has enough fires to put out. But then, when her beloved butler, Wadsworth, is caught standing over a dead body—quite literally red-handed, she must figure out a way to solve the case and prove his innocence.

In the midst of more than one crisis, will Rosemary’s relationship with Max be put on the back burner? And will she convince Vera and Frederick to reconsider their plans before Evelyn’s head explodes?

Weddings are supposed to be joyous events–especially when it’s your best friend and your brother who are tying the knot. Unfortunately, for a murder magnet like Rosemary Lillywhite, nothing is ever as simple as it seems…

Let’s sail to America, Desmond suggested. It will be fun, he promised. Except, no matter where Rosemary goes, murder seems to follow–even in the middle of the Atlantic Ocean!

The journey was supposed to be part of the adventure, and what could be more fun than a few days aboard a veritable floating palace?

It doesn’t take long for our intrepid sleuth to stumble onto another dead body, and even less time for her to figure out it wasn’t just an accident: it was murder!

She’s prepared to let security handle the investigation, but when Desmond opens his big mouth and brags too loudly within earshot of the captain, Rosemary finds herself embroiled in another quest for justice. Except now, she’s surrounded by would-be sleuths, and time is running out.

If she doesn’t solve the case before the boat docks in New York, a murderer will go free!

**Interested in the setting for Evil on the High Seas? Check out my “Floating Palaces of the Golden Age” gallery HERE.

The Case of the Misdelivered Valentine

In this prequel to The Case at Barton Manor, Rosemary Lillywhite solves her first case.

When Rosemary receives an unexpected gift on Valentine’s day, a gift that was not meant for her, she sets out to solve the mystery of the mistaken delivery.

**Available exclusively to Emily Queen newsletter subscribers. Scroll down to sign up. 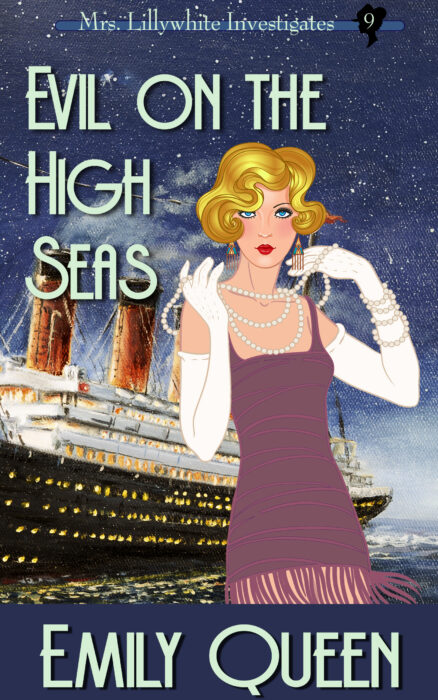 Let's sail to America, Desmond suggested. It will be fun, he promised. Except, no matter where Rosemary goes, murder seems to follow--even in the middle of the Atlantic Ocean!