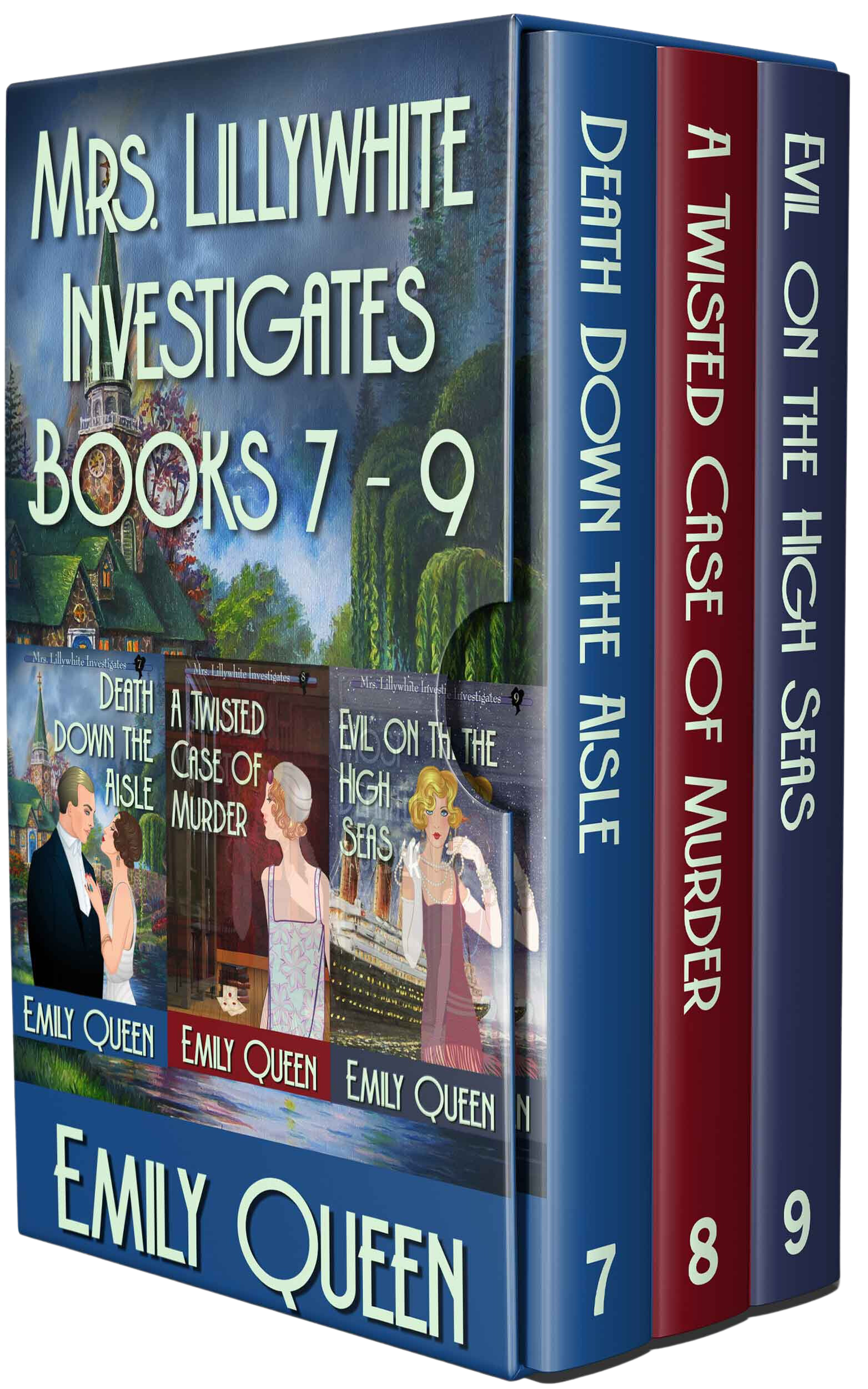 Death Down the Aisle (Book 7)

A Twisted Case of Murder (Book 8)

Evil on the High Seas (Book 9)

Death Down the Aisle (Book 7)

Marriage can be murder. Rosemary Lillywhite can’t wait for her brother, Frederick, and her best friend, Vera, to tie the knot. She’s over the moon they’ve finally caved in and admitted their love for one another—but even more than that, she wants them out of her too-crowded townhouse! The long-awaited—and excessively lavish—country wedding is slated to take place in Pardington in one week’s time, and when an ominous warning arrives Rosemary is relieved she’ll be out of harm’s way. The only problem is that wherever she goes, murder isn’t far behind. When a key member of the wedding party turns up dead, Vera insists she turn her back on the case—and for once, Rosemary is content to let the police do their jobs. Unfortunately, sleeping dogs don’t always lie, especially when there are secrets to be revealed, and Rosemary has no choice but to try to find the killer. After all, who would be so brazen to commit a murder at the vicarage, and how far will they go to ensure nobody learns the truth?

A Twisted Case of Murder (Book 8)

Murder is for the crows. There’s a mass murderer loose on the streets of London, and he’s dead set on making Rosemary Lillywhite his next victim. After receiving a second threat, she should have gone straight to her chief inspector beau, Max Whittington–but Rosemary is sick and tired of being treated like she’s made of glass. How many murder investigations does a lady detective need to solve to earn a little respect? Rosemary wishes she hadn’t asked that question when another dead body turns up–this time, on her own doorstep–and the papers insinuate she’s the responsible party. In order to clear her name, Rosemary will have to delve deep in to a murderer’s sordid past. She’ll also have to continue keeping secrets–no matter what it does to her relationship with Max. Now, everyone’s a suspect in a case that’s even more twisted than murder.

Evil on the High Seas (Book 9)

Caution: rough waters ahead! Let’s sail to America, Desmond suggested. It will be fun, he promised. Except, no matter where Rosemary goes, murder seems to follow–even in the middle of the Atlantic Ocean! The journey was supposed to be part of the adventure, and what could be more fun than a few days aboard a veritable floating palace? Except Rosemary should have known it wouldn’t be all fun and games. She should have known bunking across the hall from a murder mystery author would come to no good. She should have followed her mother’s advice and stayed safely on dry land! It doesn’t take long for our intrepid sleuth to stumble onto another dead body, and even less time for her to figure out it wasn’t just an accident: it was murder. Now, Rosemary is surrounded by would-be sleuths, and time is running out. If she doesn’t solve the case before the boat docks in New York, a murderer will go free! Join Rosemary and her friends for a new mystery as they confront evil on the high seas.