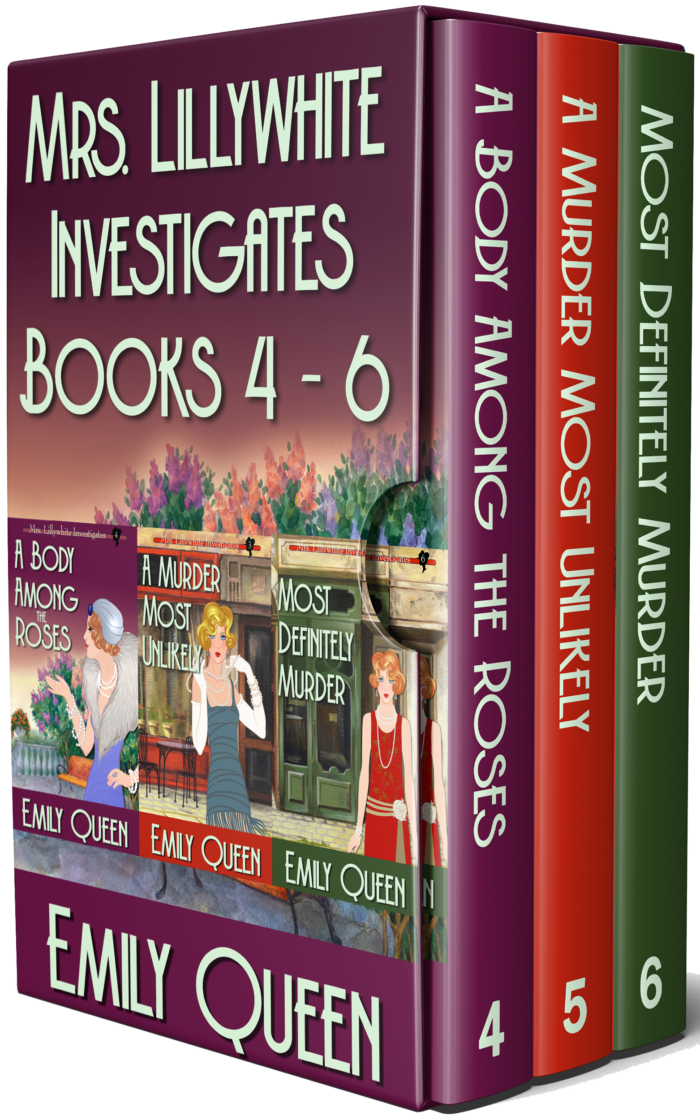 Some people are simply asking to be murdered. Rosemary Lillywhite has had a lot on her tea tray: murder, intrigue, and three men vying for her affections. When her mother, Evelyn, calls and pleads with her to help put on a country garden club fête, Rosemary begrudgingly agrees. After all, she can’t leave poor Vera to her own devices—not when Evelyn has so staunchly objected to the match between Vera and Rosemary’s brother, Frederick. As it turns out, Evelyn doesn’t approve of Rosemary’s romantic interests either—and she’s only made the event more awkward by inviting her preferred choice of suitor to the fête! Furthermore, the garden club is filled with a group of Rosemary and Vera’s school chums—an assortment of sour ladies they both would have preferred never to see again. If she’d known one of them was going to meet her end in Evelyn’s back garden, Rosemary might have declined her mother’s invitation and let Vera fend for herself! Now that murder has rocked the sleepy country village of Pardington and ruined the garden club event, Rosemary must bail her mother out of a jam—all while trying to juggle three men and mitigate Evelyn’s imminent nervous breakdown!

Can it really be called murder when there’s no dead body? Rosemary Lillywhite is over the moon about her budding romance with handsome detective inspector Max Whittington, and she can hardly wait for their first official date! When she’s invited to an art exhibition opening, Rosemary thinks a night out on the town in London will be just the ticket. What she doesn’t expect is to run into one of Max’s old flames, or to get caught up in another murder investigation. Then, the gallery owner disappears, and Aurora Kingsley calls on Max to solve the case and find her missing lover. With no choice but to investigate, Max agrees, this time bringing Rosemary along for the ride. The only trouble is, it doesn’t seem like there’s been a crime committed at all, and Rosemary begins to wonder if Aurora isn’t just out to rekindle her romance with Max! Rosemary is determined to close the case and eliminate the threat to her love life, but will she be able to do it before sparks fly?

This time, there’s no doubt about it: somebody is dead. A mass murderer is on the loose in London, but lady detective Rosemary Lillywhite has bigger problems. With the perfect wedding dress just out of reach, her best friend, Vera, is planning a rushed elopement with Rosemary’s brother, Frederick. Unfortunately, Rosemary knows her mother, Evelyn, will have a conniption when she hears the news! Hoping to avoid a disaster, she vows to change Vera’s mind and sets about acquiring the coveted gown before it’s too late. But then, Rosemary’s beloved butler, Wadsworth, is caught standing over a dead body—quite literally red-handed—and she must dive into his past to find the key to his innocence. What Rosemary discovers is that Wadsworth was more closely connected to her late husband than she’d ever realized—and they’re both tied to the headline-making mass murderer Garrison Black! Now, her budding relationship with detective inspector Max Whittington will have to move to the backburner while they prove Wadsworth didn’t pull the trigger. In the midst of a crisis, will Rosemary convince Vera and Frederick to reconsider their elopement before Evelyn’s head explodes?