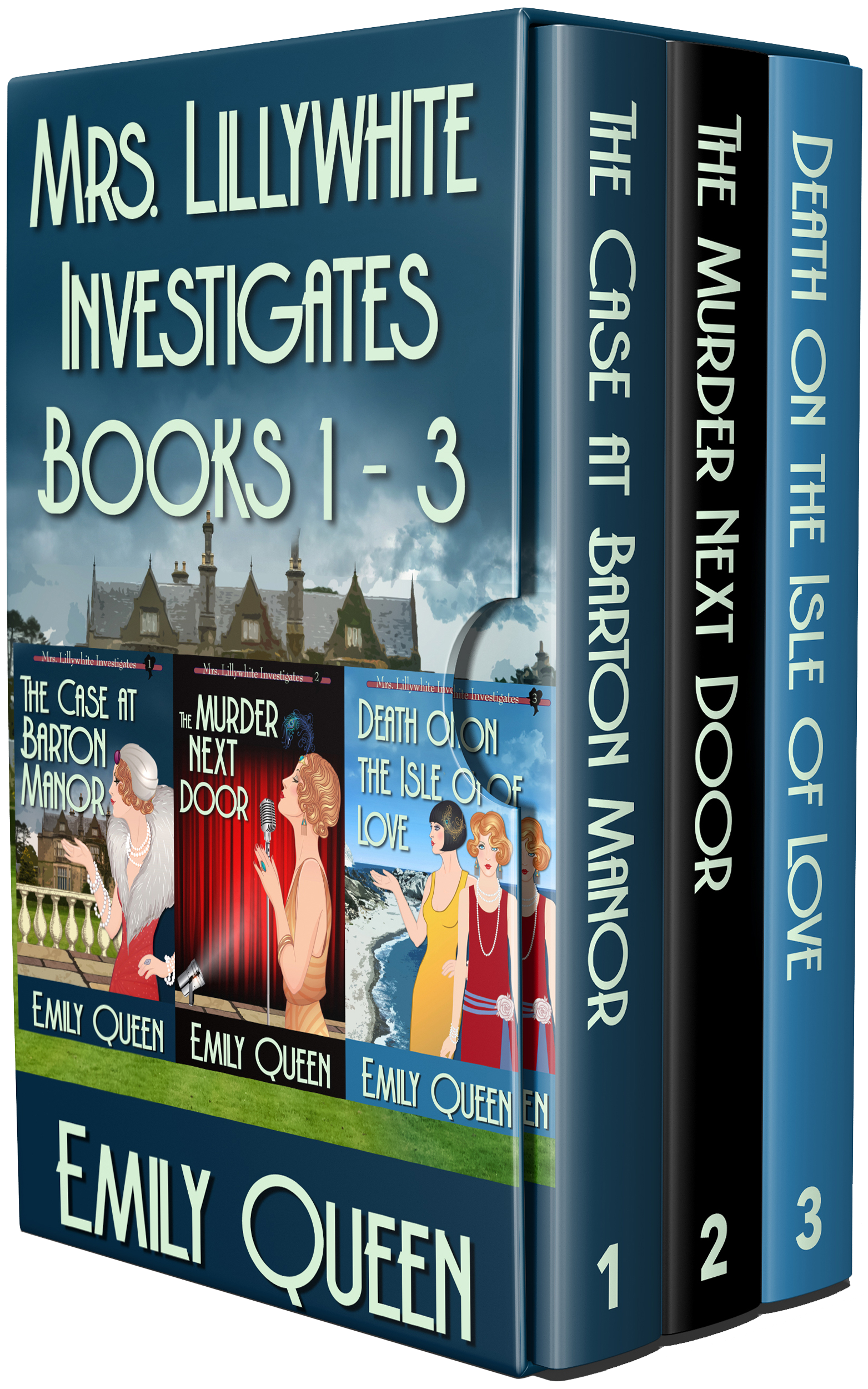 Not all widows are elderly…and not all ladies are proper. If one more person gives Rosemary Lillywhite unwanted advice on when to stop mourning the loss of her beloved husband, she fears she will lose control of her sensibilities. All she wants is to be left alone to drown her misery in a glass of gin and tonic, but when Grace Barton knocks on the door of her dead husband’s investigative office, Rosemary faces a choice: come out of hiding or turn away someone in need of help. As Grace recounts her tale of intrigue, Rosemary discovers a shared connection with the woman that has her accepting an invitation she’d just as soon turn down. With her best friend–bright young thing Vera Blackburn–by her side, Rosemary trades her widow weeds for a party dress and heads to a fancy do at Barton Manor. The drinks flow freely, but there’s an undercurrent of unease until finally, the night ends in murder–one in which Rosemary’s brother becomes the prime suspect! What’s worse, the handsome chief inspector on the case is a man she knows well: he was her husband’s best mate, and he takes a dim view of lady detectives–or perhaps just of Rosemary becoming one. What will it take for Rosemary to solve the crime before her brother hangs for a murder he didn’t commit?

How well do you ever really know your neighbors? During the five years Rosemary has lived next door to Dr. Redberry and his wife, they’ve barely exchanged more than occasional pleasantries. So when she starts hearing raised voices through the adjoining townhouse walls, she can only guess that their marriage is in trouble. It’s none of Rosemary’s business, so she pretends not to notice, but when she sees Mrs. Redberry sobbing uncontrollably she can’t simply turn a blind eye. Somehow, Rosemary ends up attending her best friend, actress Vera Blackburn’s latest play alongside the couple–and it turns out to be more enjoyable than she’d expected. Unfortunately, no good deed goes unpunished, and when a dead body turns up in Dr. Redberry’s dental chair, she finds herself being pulled even further into her neighbor’s affairs–and cursing her soft heart! The only thing is, she and her friends are supposed to be leaving for a holiday in sunny Cyprus–not sifting through evidence a stone’s throw from home. With romantic feelings for her late husband’s best mate, detective Max Whittington, bubbling to the surface, nobody needs to get away as much as Rosemary does! Yet, she can’t escape the visceral need to see justice served, so sun and sand will have to wait as this lady detective takes the case of the murder next door.

Sun, sand, and of course–murder. At long last, lady detective Rosemary Lillywhite and her best friend Vera are on their way to a much-needed holiday, and they’re not traveling alone. Rosemary’s impish brother, Frederick, on sabbatical from work at their father’s company, wouldn’t dream of missing out on a tropical getaway—or or the chance to push his sister’s buttons! To that end, Frederick invites his longtime chum—Rosemary’s childhood crush, Desmond Cooper—along for the trip. If a little romance mends her broken heart, so much the better. Except, Rosemary has already begun to find interest in another man—dashing detective Max Whittington, who isn’t thrilled about being left behind in London while she gallivants about in sunny Cyprus. The Aphrodite Sands hotel seems like the perfect place to relax and forget her troubles, but unfortunately death seems to follow Rosemary wherever she goes—even as far as the Isle of Love. When another body turns up, she’s compelled to find the culprit, especially if it means putting romance on the back burner. The only problem is, both Max and Desmond have their eyes on the prize, and neither are willing to let sleeping dogs lie. Rosemary will have to decide which burns brighter—a new match or an old flame.