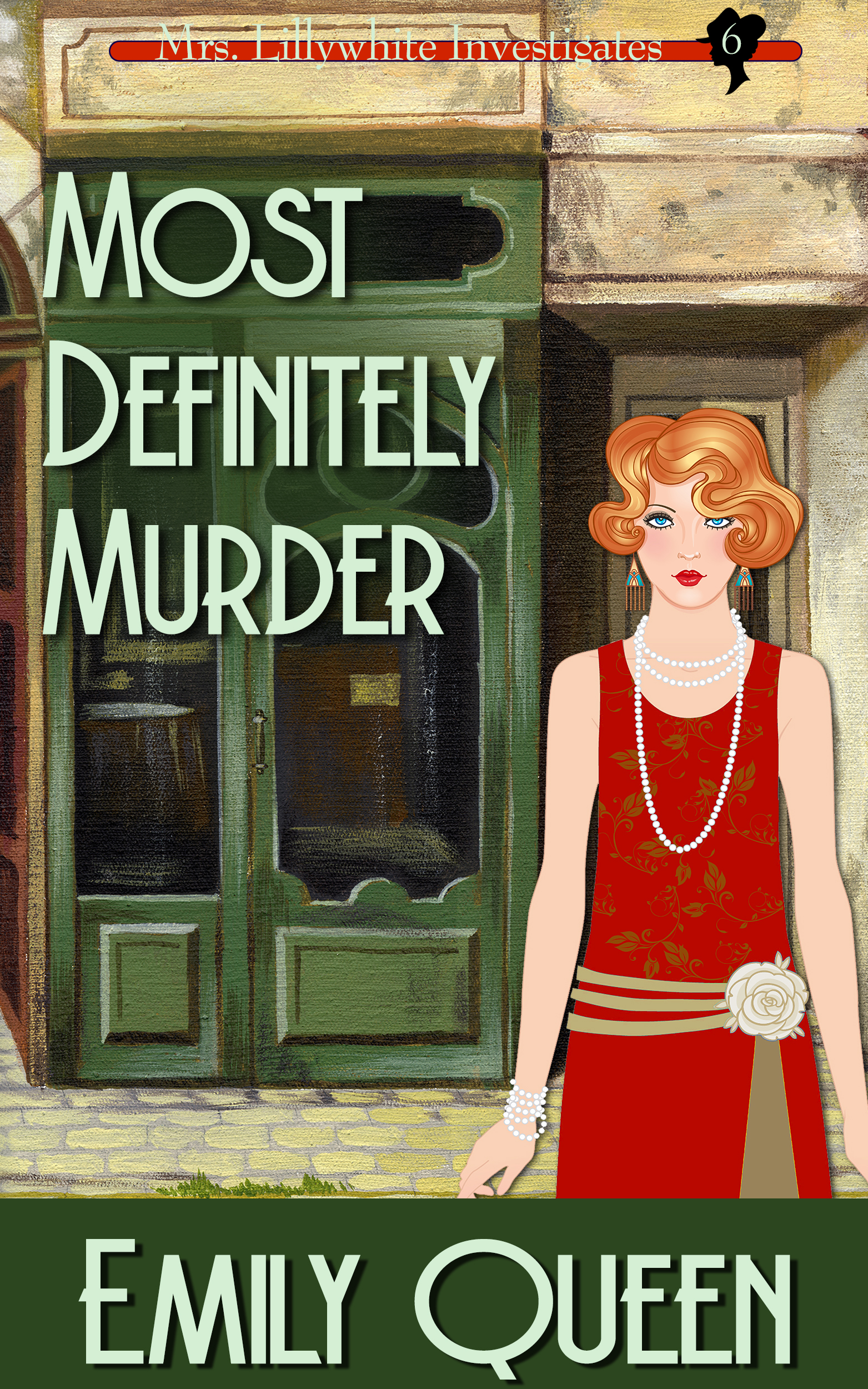 This time, there’s no doubt about it: somebody is dead.

A mass murderer is on the loose in London, but lady detective Rosemary Lillywhite has bigger problems. With the perfect wedding dress just out of reach, her best friend, Vera, is planning a rushed elopement with Rosemary’s brother, Frederick. Unfortunately, Rosemary knows her mother, Evelyn, will have a conniption when she hears the news! Hoping to avoid a disaster, she vows to change Vera’s mind and sets about acquiring the coveted gown before it’s too late.

But then, Rosemary’s beloved butler, Wadsworth, is caught standing over a dead body—quite literally red-handed—and she must dive into his past to find the key to his innocence. What Rosemary discovers is that Wadsworth was more closely connected to her late husband than she’d ever realized—and they’re both tied to the headline-making mass murderer Garrison Black! Now, her budding relationship with detective inspector Max Whittington will have to move to the backburner while they prove Wadsworth didn’t pull the trigger.

In the midst of a crisis, will Rosemary convince Vera and Frederick to reconsider their elopement before Evelyn’s head explodes?