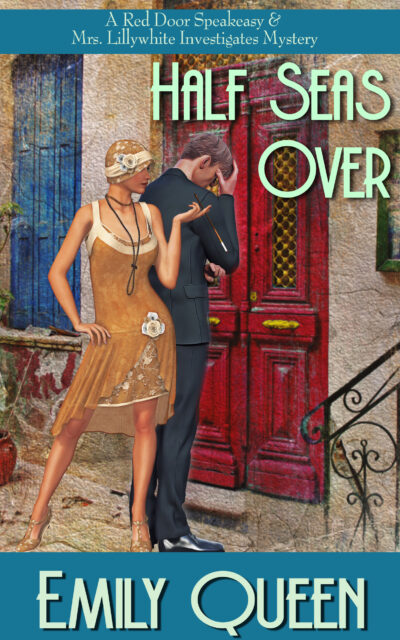 1920’s New York City
Desmond Cooper is nursing a broken heart. He’s so distraught, in fact, that his arrival in the Big Apple doesn’t go as planned. Instead of living it up at The Plaza Hotel, he ends up wandering around a bad part of town and stumbling over a dead body!

Enter feisty speakeasy proprietor Imogene, a woman unlike any Desmond has ever met. She wields a pistol, drinks whisky out of a teacup, and won’t settle for anything less than the truth about the murder–even if it means discovering one of her closest friends is the killer.

Will she mend Desmond’s heart in the process, or leave him wondering why out of all the juice joints in the city, he had to wander into hers?

A cozy historical mystery set in Prohibition-era New York, Half Seas Over features characters from the Red Door Speakeasy Mysteries as well as the Mrs. Lillywhite Investigates Mysteries.