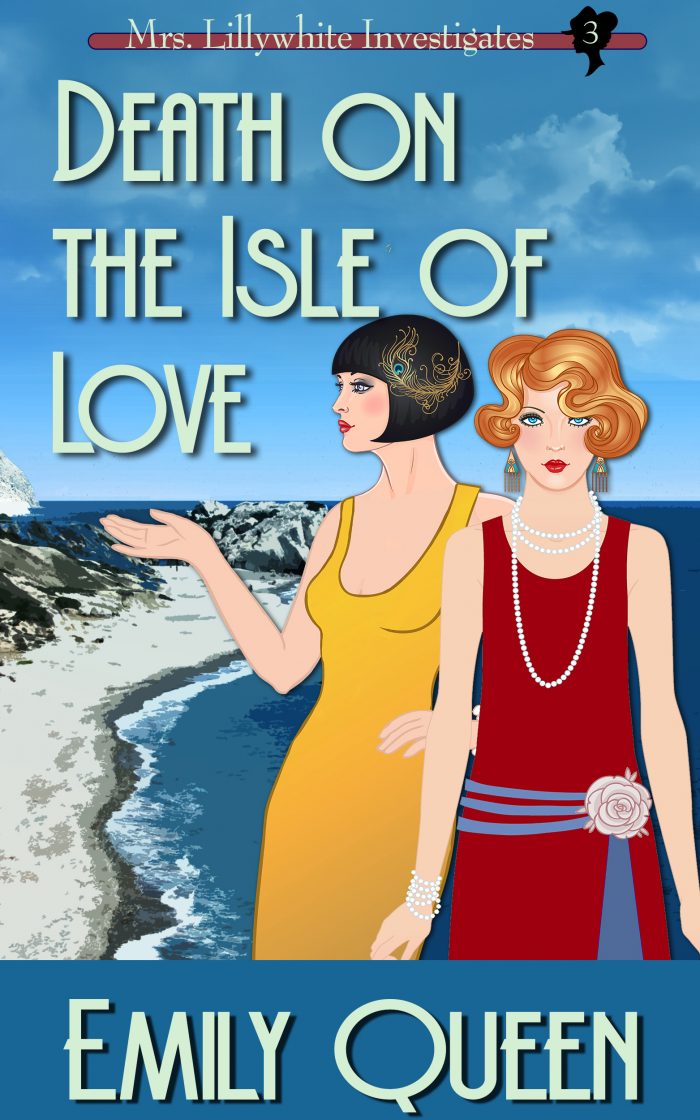 Sun, sand, and of course–murder.

At long last, lady detective Rosemary Lillywhite and her best friend Vera are on their way to a much-needed holiday, and they’re not traveling alone. Rosemary’s impish brother, Frederick, on sabbatical from work at their father’s company, wouldn’t dream of missing out on a tropical getaway—or or the chance to push his sister’s buttons!

To that end, Frederick invites his longtime chum—Rosemary’s childhood crush, Desmond Cooper—along for the trip. If a little romance mends her broken heart, so much the better. Except, Rosemary has already begun to find interest in another man—dashing detective Max Whittington, who isn’t thrilled about being left behind in London while she gallivants about in sunny Cyprus.

The Aphrodite Sands hotel seems like the perfect place to relax and forget her troubles, but unfortunately death seems to follow Rosemary wherever she goes—even as far as the Isle of Love. When another body turns up, she’s compelled to find the culprit, especially if it means putting romance on the back burner. The only problem is, both Max and Desmond have their eyes on the prize, and neither are willing to let sleeping dogs lie.

Rosemary will have to decide which burns brighter—a new match or an old flame.