I’m thrilled to announce the release of “A Twisted Case of Murder” – Book 8 in the Mrs. Lillywhite Investigates Murder Mysteries! Buy now on Amazon or read for FREE with your Kindle Unlimited subscription. 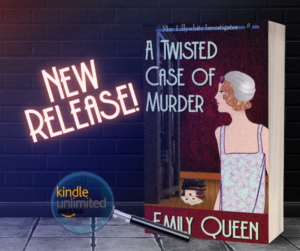