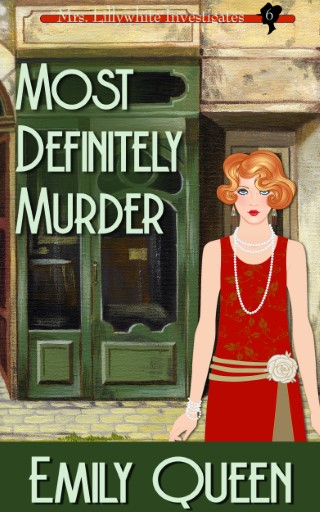 This time, there’s no doubt about it: somebody is dead, and Rosemary Lillywhite is on the case.

With a mass murderer on the loose in London, Vera and Frederick planning a rushed elopement, and the perfect wedding gown just out of reach, Rosemary has enough fires to put out. But then, when her beloved butler, Wadsworth, is caught standing over a dead body—quite literally red-handed, she must figure out a way to solve the case and prove his innocence.

In the midst of more than one crisis, will Rosemary’s relationship with Max be put on the back burner? And will she convince Vera and Frederick to reconsider their plans before Evelyn’s head explodes?