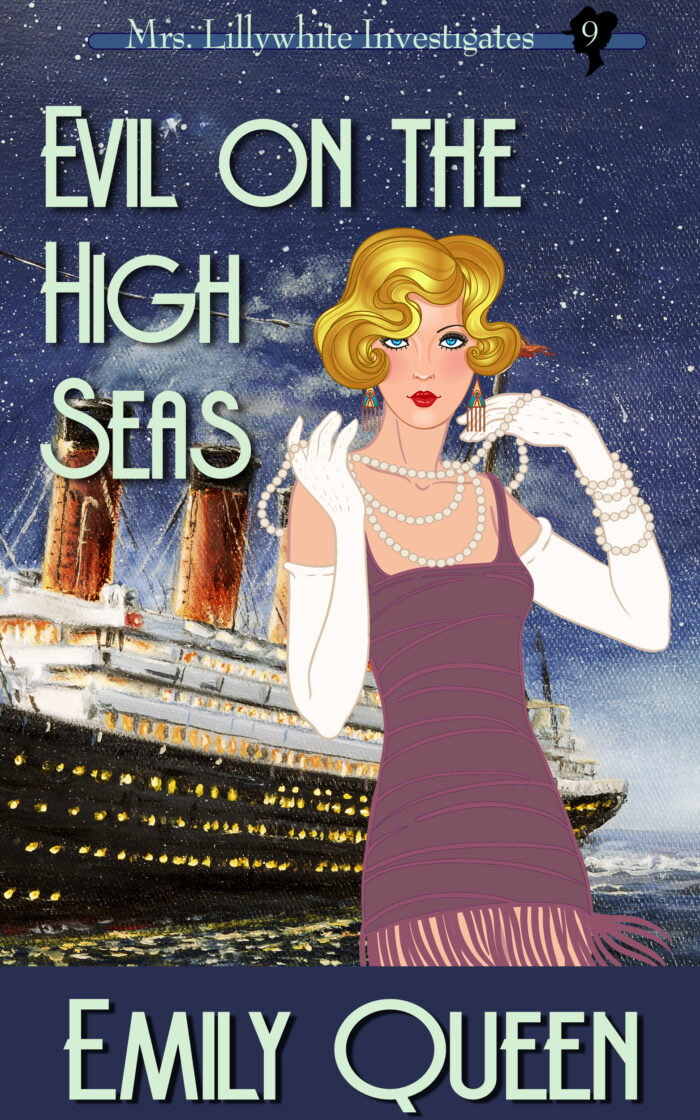 Let’s sail to America, Desmond suggested. It will be fun, he promised. Except, no matter where Rosemary goes, murder seems to follow–even in the middle of the Atlantic Ocean!

The journey was supposed to be part of the adventure, and what could be more fun than a few days aboard a veritable floating palace?

It doesn’t take long for our intrepid sleuth to stumble onto another dead body, and even less time for her to figure out it wasn’t just an accident: it was murder!

She’s prepared to let security handle the investigation, but when Desmond opens his big mouth and brags too loudly within earshot of the captain, Rosemary finds herself embroiled in another quest for justice. Except now, she’s surrounded by would-be sleuths, and time is running out.

If she doesn’t solve the case before the boat docks in New York, a murderer will go free!

**Interested in the setting for Evil on the High Seas? Check out my “Floating Palaces of the Golden Age” gallery HERE, and if you want to see the deck plan of the ship in the book, click HERE.