It’s been a long couple of months for me, and I’ve let giveaways fall to the wayside. So, here’s a new one!

I’m giving away (5) signed paperback copies of “Death Down the Aisle” *&* “A Twisted Case of Murder” – Books 7 & 8 of the Mrs. Lillywhite Investigates murder mystery series. Winners will be drawn on April 15, 2022. 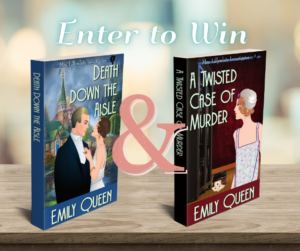 “Death Down the Aisle”

Rosemary Lillywhite can’t wait for her brother, Frederick, and her best friend, Vera, to tie the knot. She’s over the moon they’ve finally caved in and admitted their love for one another–but even more so than that, she wants them out of her too-crowded townhouse!

The long-awaited–and excessively lavish–country wedding is slated to take place in Pardington in one week’s time, and when an ominous warning arrives Rosemary is relieved she’ll be out of harm’s way. The only problem is, murder seems to follow her everywhere.

When a key member of the wedding party turns up dead, Vera asks Rosemary to turn her back on the case–and the handsome, albeit obnoxious–inspector.

She’s content to wash her hands of it all and focus on her matron of honor tasks, but sleeping dogs don’t always lie–especially when there are secrets yet to be revealed.

“A Twisted Case of Murder:

Setting for “Evil on the High Seas” 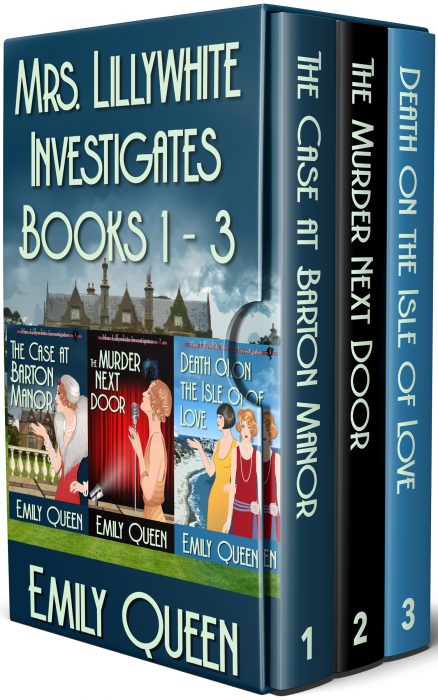